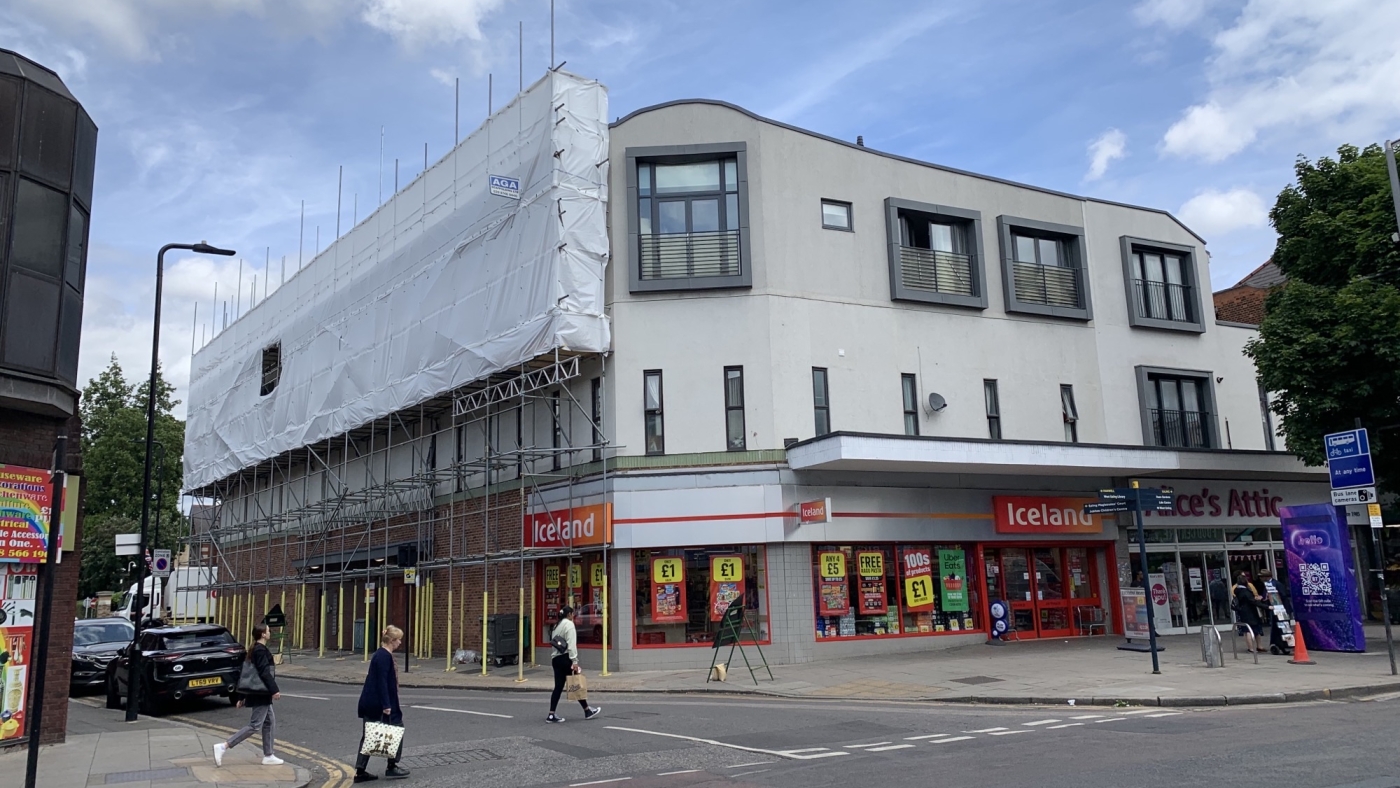 In 1598, Ealing was a small village with only 428 residents. However, three centuries later, at the end of the nineteenth century, the main access to and from London was significantly easier due to improved communications, and Ealing became a desirable residential centre.

In 1901, Ealing became a borough, the first in Middlesex, and after the First World War began to expand. After the Second World War, this expansion accelerated. The remaining rural areas around Ealing were built upon to provide council housing for the expanding workforce and large-scale immigration from India, Pakistan, and the Caribbean, amongst others.

In 1965, the old boroughs of Ealing, Acton, and Southall were abolished and merged into one new local authority, the London Borough of Ealing.

Our first project in Ealing in 2009 was a simple conversion of the upper part of a property on Ealing Broadway to turn it into four apartments.

Although this project seemed simple, several challenges resulted in a steep learning curve for the practice. These challenges included access to the apartments, which were half a metre down, and a tricky layout that required access, some of which could potentially go past bedroom windows.

The design challenges required additional work, and by working closely with Ealing Borough council, consent was eventually granted as planning concerns were successfully addressed. We were also employed for a later larger scheme of nine apartments which was also fully supported by Ealing planning authority and gained consent.

Since 2009 we have been involved in many subsequent developments in Ealing, the most notable being:

In total, we have gained planning consent for over 250 apartments in the borough.

As a specialist residential architectural practice, we work to design aspirational residential communities. We aim to excite our clients with designs that are both stimulating and enhance the setting they live in. Combined with a historically successful relationship with local authorities, we make your projects happen.

Our extensive list of projects completed in Ealing has allowed us to build a strong relationship and unique understanding of the requirements of the local planning department, enabling us to achieve planning approval for our projects with few revisions required.

Ealing was keen to encourage development in the borough and, to facilitate this, took an interesting approach.

In 2014 a Community Infrastructure Levy (CIL) proposal was tabled and discussed with documents consulted on in 2015. However, a decision was made not to implement a charging schedule, such as those used in other boroughs, making development in Ealing attractive to many developers.

Although the Mayoral Infrastructure Levy (MCIL) applies to Ealing as per the London plan, but with no borough CIL being sought makes development appraisals more appealing and the provision of affordable housing more likely.

As a result of this innovative approach adopted by the borough, development is an attractive proposition and complemented by the planning department’s desire to encourage this significant progress has been made. The delivery of social housing is being achieved admirably by the local authority (https://www.ealing.gov.uk/news/article/2144/ealing_council_set_to_hit_genuinely_affordable_homes_target ) whilst still balancing the complex nature of residential development by having enough viability to make developments attractive to developers.

Now, with soaring inflation, this policy seems to be more relevant than ever. With many projects falling by the wayside due to the pressures of the level of contributions needed, Ealing Borough’s approach is likely to save many developments that would otherwise not be viable in the Borough.

Southall and the opportunity area

The announcement that Southall would become an Opportunity area in 2014 was greatly anticipated as redevelopment and regeneration in this part of West London were long overdue. This announcement meant that there would probably be significant changes but fast forward another eight years; the result is mixed at best.

When I came to the UK in 1991 to begin my architectural training, I remember walking the streets of Southall, taking in the sights and sounds; 23 years later, little has changed except some of the traders on The Broadway are different, but overall the character is the same.

The station has received a much-needed upgrade, and being on the Elizabeth Line is a tremendous positive for the area. However, the results so far are mixed.

Several tall buildings have been erected, but the development has been a little piecemeal. Nevertheless, the major infrastructure linking Southall to the A312 via the Waterside and Gas Works redevelopment site has progressed well, and developments here are now emerging.

As part of Southall’s redevelopment master plan, there is a vision to have a new heart in the area. But, to be honest, I question how this can be successful as Southall’s heart is The Broadway, and to envisage a new quarter that forms the heart of the area is a risk for the planners.

If Hounslow’s experience is anything to go by, this may not work as anticipated.  I wonder why The Broadway was not the focus of regeneration and upgrade so that it became an even stronger heart of the area. If it could have been pedestrianised and traffic routed via the A312 link to the area, this could have provided a basis for this to happen.

However, this new quarter may be needed to attract the Millennials to the area. On a recent visit to the Southall, a client commented that one of their built-to-rent developments had several Millennials renting, attracted by impressive marketing that advertised how close to the city it was via the Elizabeth Line and the promise of up-and-coming amenities.

Regrettably, the reality didn’t match the impressive marketing. If Southall is o attract the kind of millennial resident it desires, then the new masterplan and the amenities it offers are necessary to regenerate the area.

Whilst the CIL policy has been a success, it shows that regeneration projects are, in reality, massive experiments happening all over London. The visions are admirable, but the reality of delivering true change is not as simple as the production of the vision.

Whether Southall succeeds or fails in its attempts to reinvent itself, only time will tell.

Contact us at GAA Design Today to Bring your project in Ealing & Southall to life.